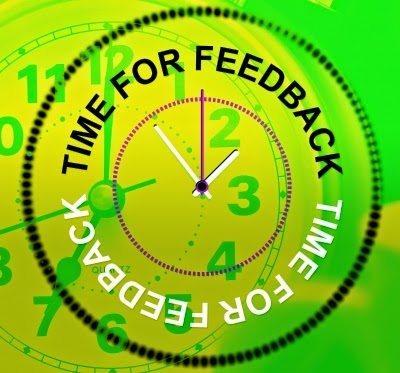 Telling someone they aren’t as good at their job as they think they are can be awkward. Giving feedback can be uncomfortable for both parties, especially if it’s not all positive, yet it’s important to get it right for so many reasons. What manager wouldn’t want a simple strategy to enable staff to improve their performance, assess them for bonuses, resolve problems or, most importantly, maintaining a good working relationship for the future.

So how can you do it effectively? Following these golden rules will allow both sides to get the most out of the process.

Make it an Ongoing Thing

Feedback doesn’t have to be delivered during a formal meeting at appraisal time, it can, and in fact should, be given when required. Every day if need be. It’s always easier to navigate a ship to the right destination through minor, painless course corrections than a massive change of direction at the last minute. This doesn’t mean micromanaging, picking up on every single point, but if your employees are used to a quick assessment on an informal basis it becomes easier to deliver and receive guidance.

It’s Performance Not the Person

We’re talking about people right? Of course, but feedback should be based on facts not emotions. Even if the feedback is about a behavioral issue, for example their ability to work in a team, focussing on the acts and results rather than the emotions will make it much easier to deliver and receive the feedback. Getting back to the team work example, do they remember that discussion where they wouldn’t let a colleague get a word in? Or when they said nothing during a team meeting? People go on the defensive when they feel they are being personally attacked and giving concrete examples can help prevent that. It won’t eliminate the possibility, but it will make it easier for you to focus on the real issue and harder for them to deny it.

Do As You Want to be Done By

The surest way to get feedback right is to think how you would like it done and combine that with your knowledge of the person. Would you want to hear it in public or in private? Straight to the point or set in more context? Above all, you would want it to be objective, fair and timely. You would want to be shown respect, both as an employee who wants to do the best job you can and as a human being. Use the classic feedback sandwich structure when you talk to them by starting with some positives, talking about the negatives and finishing on a positive note, even if it is just you know they are capable of doing better.

The point of feedback is to facilitate an improvement. Both parties may need to take some action before this can happen. Making sure that any follow up is done quickly and as agreed will greatly increase the likelihood of this happening.

Feedback is a valuable management tool but like any tool you need to use it correctly to get the most out of it. These simple rules will help you do that.

For more information on streamlining your performance management processes and increasing feedback flow in your organization, check out Primalogik.