The Importance of Rating Scales in Surveys 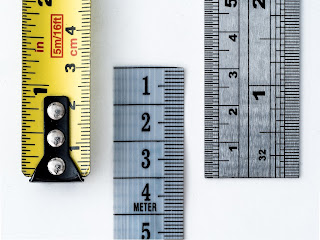 As per Wikipedia: A rating scale is a set of categories designed to elicit information about a quantitative or a qualitative attribute.

Rating scales are a crucial element in surveys and as such it is important to understand how to use them appropriately.

Or with even more points or less points.

They’re ideal for going a step further than simple yes or no questions because, as we all know, views and feelings aren’t rarely simple. If employees are only given a black and white, yes or no question, you may well find that the complete picture remains hidden.

You’ve probably taken part in many surveys that use rating scales yourself, and Primalogik 360 lets you create fully customized scales to use in your own surveys. Our customers love this feature, but we know it’s not always that easy if you don’t have previous experience creating rating scales.

Intervals and Anchors in Rating Scales

Interval rating scales show strength of feeling or agreement – so rather than yes/no, they have a scale of options. For example, your survey could have the statement ‘I feel comfortable going to my line manager for support’, and the responses could be Strongly Disagree, Disagree, Somewhat Disagree, Somewhat Agree, Agree, Strongly Agree – these statements are called anchors.

There are different types of interval rating scales, like the Likert-type scale as above, where there are levels of agreement (or lack of) with a specific statement. A verbal frequency scale, however, looks at how frequently something takes place. For example, ‘Management always keeps me informed of new initiatives’ with the intervals between one and five, where one is Never and five is Always.

There are a number of other types, but for now we wanted to go through some of the important considerations when you’re setting interval rating scales.

Proper Use of Intervals

Group by type – while you may think that different types of interval scales suit different aspects of the survey, it’s often more successful to use the same throughout. Employees will often go into autopilot and expect the anchors to be the same, so if you start mixing and matching types, you risk the results being skewed.

Proper Use of Anchors

Choose carefully – the anchor choices you make will have an effect on the results you get, so choose wisely and really put some thought into what you want to achieve from the survey.

Set scale direction – there can be confusion with which is highest, is it ‘1’ or ‘5’? That’s why verbal anchors should be at least at the beginning and end, so participants can see exactly which end of the scale their answer is. Even better is to have verbal anchor at each point in the scale.

Balance anchors – each end of the scale should be opposites of each other to avoid potential bias, so Strongly Disagree to Strongly Agree, Never to Always, Extremely Dissatisfied to Extremely Satisfied, and so on.

Primalogik 360 allows different types of rating scales to accommodate the most diverse needs in surveys.  Give us a try today with a 30-day no-commitment free trial and see how Primalogik 360 can help you with your performance management needs.