Why Leaders Should Listen to 360-Degree Feedback

Performance management within any organization needs to be done with the full support of every employee at every level, and this includes the higher echelons.

That’s one of the reasons why 360-degree feedback surveys are so successful, where employees receive feedback from their direct reports and other people they work with within the organization – not just their own managers. 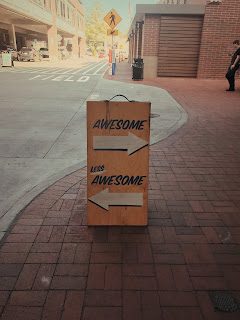 360-degree feedback is essential for everyone in an organization, even upper management, and here’s why…

It gives the manager (and their managers in turn) a much more in-depth understanding of their leadership qualities, strengths and opportunities for improvement, and so will help them as individuals to grow and progress within the organization. Self-awareness of their own performance leads to more focus on how they can be an outstanding leader, which is of course better for them and better for the business.

It allows honest feedback from everyone

Let’s face it, no matter how much they’re encouraged to do so, very few direct reports are likely to give completely open and honest opinions of their line managers face to face. Even peers of managers going through 360-degree feedback might be reticent to give constructive criticism openly for fear of harming future working relationships.

That’s why the 360-degree feedback process, where feedback surveys are taken and feedback is given anonymously, works extremely well in managing employee performance when those employees are part of the management team. The confidential aspect of this type of performance review makes it much easier for everyone involved to be completely honest.

Primalogik 360 offers a variety of anonymity settings when launching a 360-degree survey.  From a completely anonymous survey, to one where only HR, only managers, and even the reviewees themselves can identify respondents. All these can be set on a survey-by-survey setting, or even as a policy for the whole organization – making the administration even easier.

We all know that the more motivated a workforce is, the better the resulting performance. As they’ll be going through the 360-degree feedback process themselves, all employees need to see the leadership team going through exactly the same process. If they see it’s only the ‘lower levels’ being evaluated, the resulting drop in motivation won’t take long to start affecting performance.

On the other hand, when direct reports see that their opinions matter and that their feedback on their manager’s performance is being taken into account, they’re going to be much more motivated. As well as that, a good leader knows how to increase their team’s motivation, and the better the leader’s own performance is managed, the better they become.

360-degree feedback surveys help to improve managers’ working relationships with their direct reports as well as peers and colleagues in other areas of the business as a whole. By giving managers a greater understanding of how their performance and behavior affect others, and by allowing them to improve on any weaker areas they have, it can really boost relationships with colleagues of all levels.

No matter how high up a person is within an organization, constructive feedback and performance management are essential parts of their professional growth. Not only does 360-degree feedback benefit the person on the receiving end, it has no end of benefits to the organization itself.

Primalogik 360 is an excellent tool to manage this process. It lets HR professionals and managers focus on the employees and the communication with them, rather than the process itself. Give it a try today with a 30-day no-commitment free trial.