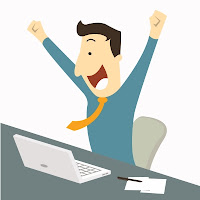 Using 360-degree feedback during regular appraisals and performance reviews as part of an overall employee performance management process is a common and successful method, but have you ever considered using it for new employees?

The length and procedure of probationary periods may differ from business to business, but they all boil down to the same thing – new employees are given a review period to prove that they’re capable of the position, during which time the employer is able to let them go. Many organizations have a formal review with the employee’s manager at the end of the probationary period, where for some it’s simply a case of the manager signing off either yes or no.

But how all-around effective are these methods really? What if the new employee is showing one face to their manager, knowing they need to impress them to pass their probationary period, but their peers or direct reports have a different view of their suitability and ability?

Imagine that manager six months down the line having a problem with the employee, and other employees saying “we could have told you that!” It’s much easier to find out everything you need to know about the employee’s performance by getting others involved, and this method also gets new employees used to the employee performance management process early on.

How to use 360-Degree Feedback in Probationary Reviews

Try Primalogik360 for free for 30 days and see how it can help you with the probationary period.
Image courtesy of jesadaphorn at FreeDigitalPhotos.net